Exclusively owned by the Joly family, La Coulée de Serrant vineyard is a controlled appellation of only 7 hectares.
Located in the Loire Valley of France, the vineyard has produced Chenin for close to a millennium, of a quality renowned enough to be praised in print by author Alexandre Dumas in the 1840’s.

In the early 1980’s Nicolas Joly decided to adopt biodynamic practices.
A decade and a half later Wine Spectator Magazine was ranking his white wine as among the best in the Loire Valley, and a decade later wine critic Jancis Robinson said his property was
‘CLEARLY DESTINED TO BE ONE OF THE WORLD’S GREAT VINEYARDS.’

Maybe the best and most famous Chenin Blanc in the world. 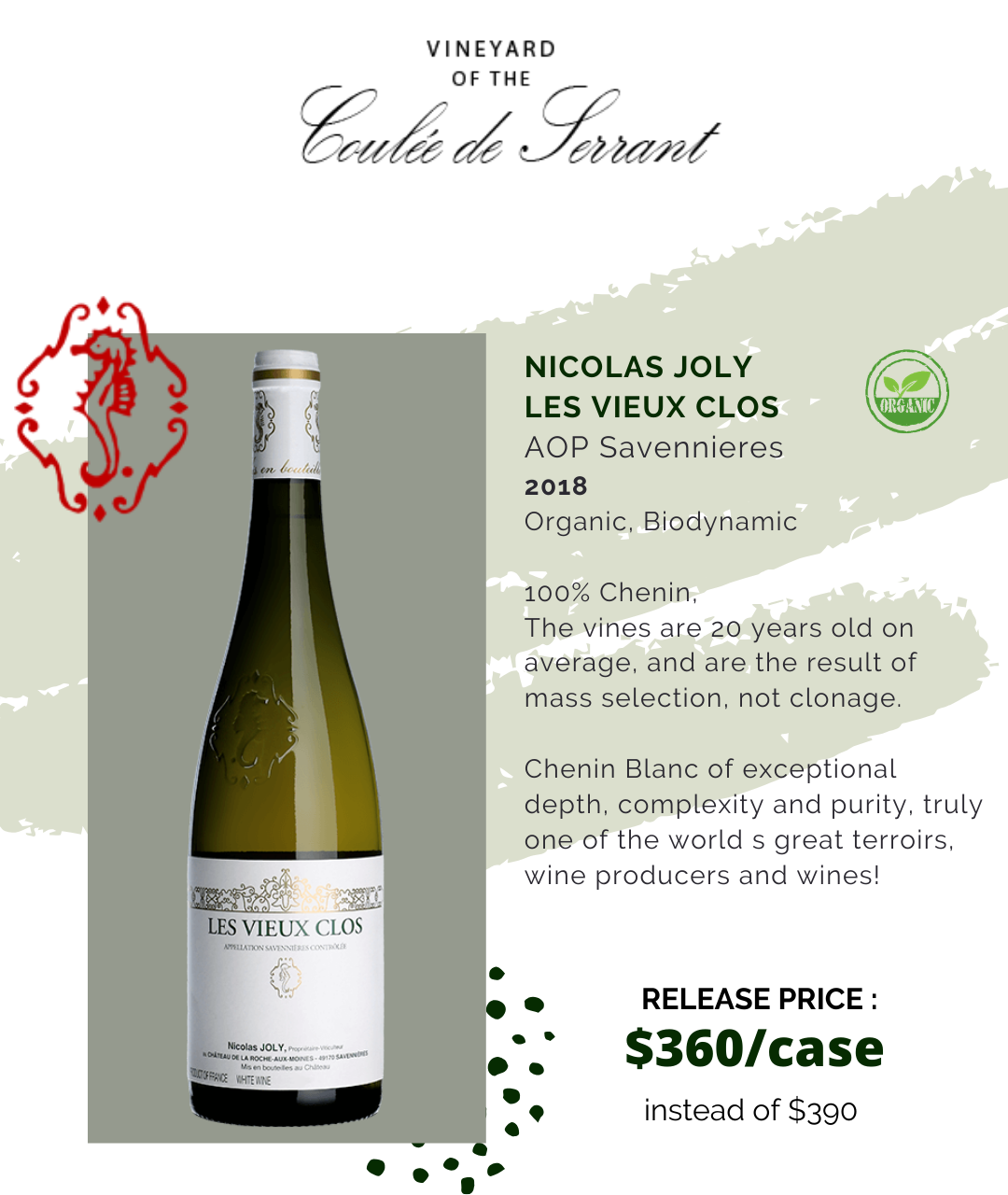 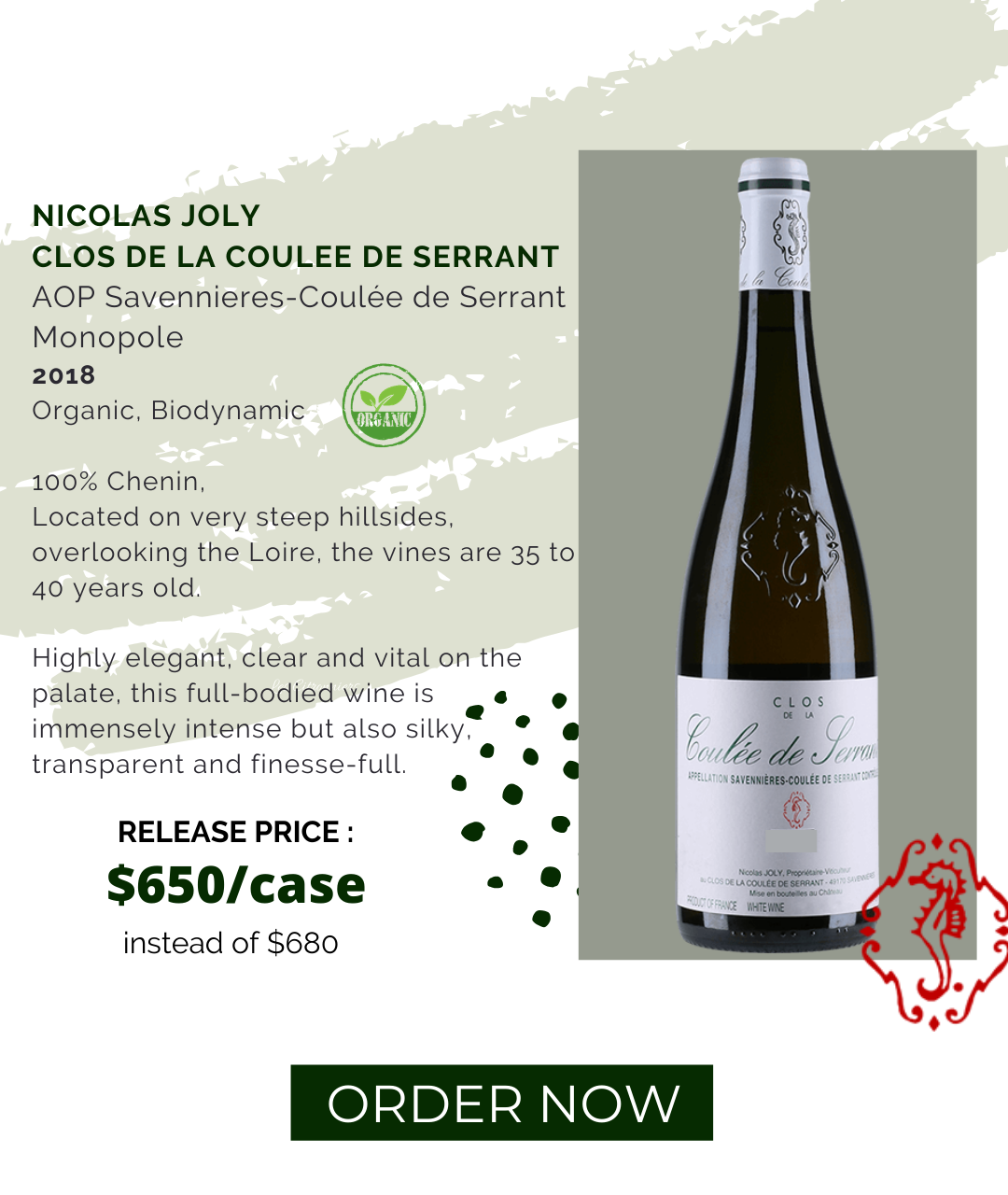 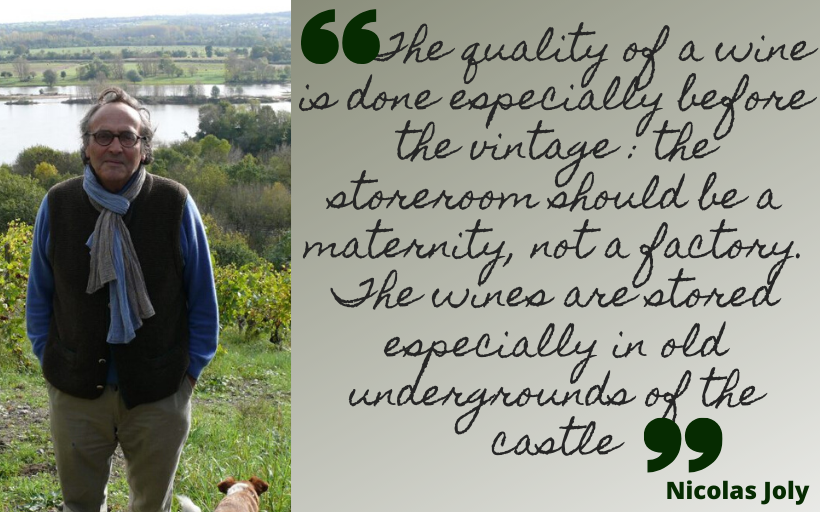 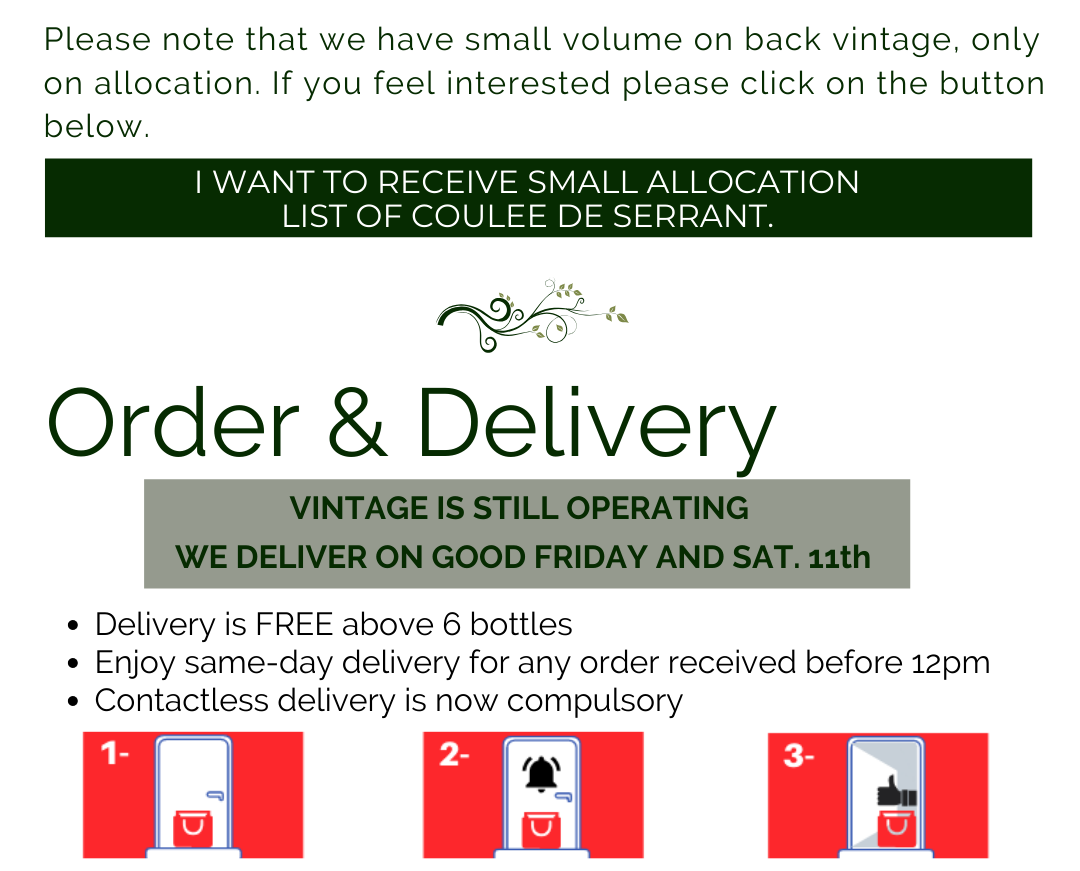 Refrigered containers from winemakers to our warehouse

The best quality for money in Singapore